If you have built an awesome mobile application but cannot increase app downloads, you are not alone. App repositories like Google Play and App Store are highly saturated with millions of apps listed under almost any category you pick.

Although these repositories are overflowing with millions of applications, developers hope to release new applications. Why? Simply because technology is becoming more accessible, and the number of smartphone users is steadily increasing.

According to Statista, there are currently over 3 billion smartphone users worldwide, meaning that all is not lost. You only need to know the right set of techniques that can boost your app downloads, and that is precisely what we are about to discuss.

So, here’s a strategic roadmap that can boost app downloads and turn your lesser-known creation into one of the most sought-after mobile applications.

1. Start on the Right Foot

Aspiring application developers can greatly benefit from the data readily available on application repositories. When you navigate to a particular category on any app repository, you find the number of already listed applications under it.

You can use this data to determine the level of competition and create an application in a low-competition category. This simple yet effective strategy allows you to rank faster and get into the profit zone much quicker than you otherwise would.

If you already have a mobile application developed and listed on the app repositories, it’s time to optimize it. This is trickier than doing SEO for a website because the app repository’s algorithm runs in a closed environment.

Despite the complexities involved, there are a few elements that can help increase app downloads, and the most potent ones are listed below.

These are necessary to penetrate the densely populated app industry because times have changed, and the app market is more competitive than ever before. A decade ago, one could upload a mobile application and sit back and wait for users to discover it, but it no longer works that way. In 2021, you need to get more aggressive with your promotional activities to increase app downloads, and nothing can be more effective than social media platforms.

Your application might be great, but do people know about its awesomeness? That is only possible when you get out there and tell the world about it.

You can do that by implementing effective content and PR strategies like rolling out press releases, guest posting, free webinars, and other content marketing strategies working in that niche. Also, finding a place in listicles on popular websites can increase app downloads considerably.

Application repositories list out third-party applications, and that’s how dangerous and malicious apps seep in. These include applications that load adware or malware into the user’s device and steal personal and financial data. Some do neither of that but steal the device’s processing power for mining cryptocurrencies, known as cryptojacking.

In some cases, the app maker lists a genuine application, but the code is tampered with later on. Therefore, users find it hard to trust new applications and are constantly looking for a trust seal. You can get one by installing a code signing certificate on your application which confirms code integrity and provides third-party validation.

6. Ask for Reviews and Ratings

Since reviews and ratings play a significant role in boosting app downloads, make it a point to ask for it from your users. You can use push notifications, email lists, or social media handles to request it periodically.

A great way to gain more users is by asking your existing users to refer others and provide them with some incentive. It could be a referral bonus or a valuable freebie. Simply featuring users who get the most referrals is also a great idea. After all, everyone likes to step into the hall of fame.

A quick look at the staggering number of applications under each category on any app repositories can convince you to give up your project. Don’t let that bog you down because as you start implementing the above-stated techniques, you’ll begin to notice a steady increase in your app downloads. 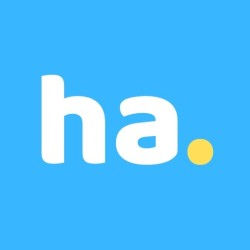 3 thoughts on “Top 7 Ways to Boost Your App Downloads”

We sometimes use affiliate links in our content. This won’t cost you anything but it helps us to offset the costs of paying our writing team. Thanks for your support!