Would you like to know in WordPress vs Drupal which one is best for you? I have done a fully detailed comparison between WordPress and Drupal with the help of 5 Marketers and Founders.

WordPress is the Most Popular CMS and Drupal is Not Popular due to its market share.

Also, Read – How to create a website free of Cost

Top 5 Websites on WordPress vs Drupal:

5 Marketers Given their Own Opinion:

Stacy graduated from Boston College in 2014 and has worked in online marketing ever since college summers where she started her own swimming lesson business and customers would be baffled when they found her on the first page of Google. From there, she has continued to grow her own companies, Stacy For Startups, now rebranded as Accelerated Growth Marketing

The Pros of WordPress are easy for the average person to use, and it includes many free plugins that make it possible for the non-coder to implement technical things on their website.

The cons are it still has a bit of a learning curve and can be tough for those who are completely non-technical to master.

The Pros of Drupal are very flexible and you can do almost anything you want with your site.

The cons are the learning curve is even larger than WordPress and you have to be able to code to set up a Drupal site.

Personally, I would use WordPress over Drupal because it is easier to use out of the gate and has a lot of great free plugins. I’m not super technical so WordPress is the easiest for me to use.

Shawn DeWolfe is a WordPress Developer delivering websites for clients in the Victoria BC area. With 23 years of experience in Web Development, Shawn DeWolfe has worked with a number of technologies but settled into skill building with WordPress and its related technologies.

The Pros of WordPress are WordPress runs so much of the internet, that it is easy to find knowledge, developers and plugins to help you build the ideal site. WordPress is very user-friendly and most service providers are set-up to run WordPress.

The Cons of WordPress are Its popularity makes it a lucrative target for hackers. Its prevalence of premium plugins sets up a “pay to play” mentality that can drive up the cost of a project.

The Pros of Drupal are Drupal allows developers to connect module functionality together to build a very elaborate system.

The Cons of Drupal are With each major version release, site owners largely need to re-code their site: replace the theme, choose new tools, and rethink the site. The difficulty to update easily means that some websites are using old versions of Drupal: 71% of Drupal installs run Drupal 7.

In most cases, I recommend WordPress. WordPress runs 33.9% of the Internet. Drupal runs only 1.9%. Drupal is becoming more obscure and harder to use. Consistently, end-users will talk about how they are frustrated by their Drupal site and ask for help to migrate their site over to WordPress.

Chris Roane is a PHP developer who runs a financial blog at Money Stir. He has been developing websites for over 15 years, and currently works out of his home office. He’s developed different types of websites ranging in all sizes and is a self-learner.

The Pros of WordPress are WP has the most user-friendly admin interface out of any CMS I’ve used. Since it is by far the most popular CMS system, you have tons of plugin options. As a PHP developer, it is fairly easy to get started developing custom plugins, and you have many premium plugin + theme options available. You can easily find WP developers around the world.

The Cons of WordPress are It’s cheap to get started with WP, but most of the best plugins are premium plugins that require a yearly subscription in order to stay updated (ranging from $30/year – $250/year). Also, when you are developing a complex site, some functionality can be hard to integrate, as the hook system isn’t as robust as other options.

The Pros of Drupal are The code architecture has evolved to become incredibly modular. You can access pretty much any layer of the stack, and the system works well in developing advanced web applications. Drupal 8 has configuration export functionality built into the core, which makes deploying config changes much easier (compared to WP, where you have to manually apply config changes in each environment).

The Cons of Drupal are But this modularity comes with a cost: the learning curve with Drupal 8 is very high. The admin user interface isn’t as friendly out of the box compared to WP, and the way Drupal 8 handles media out of the box is not as intuitive as it is for WP (but this is being worked on). Also, it will be harder and more expensive in finding a Drupal developer vs WP.

Which one do you choose and why?

For enterprise or complex applications, Drupal is the better option. For everything else, I think WP is the way to go. You can build advanced web apps in WP, but the core system isn’t designed around these scenarios. I think both work well for certain sites, but for most people and companies, I think WP is the clear winner.

Personally, I like both options. They both are pushing things forward and are filling a need.

Chris Castiglione is the co-founder and CEO of One Month (Learn to Code in 30 Days), and a professor at Columbia University Business School. He teaches courses on coding, cryptocurrency, and digital literacy. Chris’s mission is to use storytelling and education as a tool to inspire positive change in the world.

The Pros of WordPress are WordPress is more scalable, provides better themes and has a better community than Drupal.

The Cons of WordPress is Due to its popularity, WordPress is a common target by hackers and security can be a risk if not maintained well.

The Pros of Drupal are Drupal is best for big sites like Universities, and corporations. For example, both Columbia University and NASDAQ run on Drupal.

The Cons Drupal is Drupal requires a lot more developer attention to customize and has a much higher learning curve than WordPress.

Which one do you choose and why?

Half Danish, half English. Originally trained as a local newspaper reporter, Tom moved into digital marketing in 2008. Having worked in some of the best marketing agencies the UK has to offer. Marketing Manager at Slickplan

The Cons of WordPress is Plugins can clash and cause the site to crash, Can be susceptible to hackers, E-commerce site needs improving.

The Pros of Drupal is Open source, Developer friendly, Great for advanced sites.

The Cons of Drupal is Hard to install and get going, Not suitable for beginners, Out of the box templates are mundane

I personally prefer WordPress as I know a little bit about coding, but not a lot. WordPress is easier to use for non-coders, whereas coders would make better use of Drupal. Also, there seems to be more documentation and community help around WordPress, so you can troubleshoot easier.

WordPress or Drupal which is better?

WordPress and Drupal are best, this generally depends on your requirement which one is best for you.

WordPress vs Drupal for news site?

WordPress is Best Solution for News Site, Without Any Heavy Learning about CMS.

WordPress vs Drupal for eCommerce?

WordPress vs Drupal for the blog?

WordPress is the easiest and quickest solution for building a blog. Although you can also build a blog on Drupal

In WordPress, you need to Install Plugin For SEO But in Drupal, there is a Pre Installed SEO Feature is Available.

Performance of WordPress and Drupal is Good but it Depends on your Hosting Server.

Drupal is More Secure as compared to WordPress.

WordPress and Drupal are free but you need to pay Hosting cost where you host your website.

Which one did you choose after watching this video WordPress Vs Drupal CMS?

The majority of marketers prefer WordPress because WordPress is easier to use for non-coders and coders also.

33.9% of running sites in on WordPress and Drupal runs only 2.3 %. I also prefer WordPress CMS because maximum premade themes and plugins are available.

So, As per the marketers and founders on wordpress vs drupal, wordpress is the clean winner 🙂

But as per my opinion all are best, this generally depends on your requirement which one is best for you 🙂 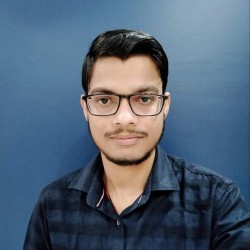 Hello friends, I am Rahul, chief editor of HubsAdda. Talking about Tech. I enjoy learning new things related to technology. I love coding 🙂